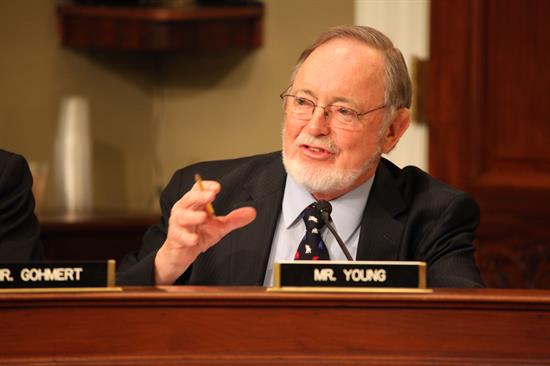 An anticipated House of Representatives floor vote on H.R. 200, the Strengthening Fishing Communities and Increasing Flexibility in Fisheries Management Act, was delayed Tuesday. More than 25 amendments were proposed for the bill reauthorizing the Magnuson-Stevens Fishery Conservation and Management Act. It went to the Rules Committee instead.

The Rules Committee held a hearing Monday night and passed a rule to provide a structured amendment process for floor consideration. The rule included 11 of the 27 amendments.

H.R. 200, sponsored by Rep. Don Young, R-Alaska, was the primary bill proposed to re-authorize the Magnuson-Stevens Act. It garnered both strong support and strong opposition.

Opponents blanketed Capitol Hill offices and committees with reasons why the bill should not pass. At the same time, many Democratic lawmakers proposed amendments or changes, some that could fundamentally change Young’s original bill.

Outside supporters and lawmakers were also busy lining up votes and proposing amendments to the bill.

By Monday night, 27 amendments had been submitted: 16 from Democrats and 7 from Republicans; four were bi-partisan. Five were revised amendments and four were submitted late, after the 10 a.m. Monday deadline.

California Democrat Jared Huffman led the opposition to H.R. 200. Both he and Young were the invited witnesses to the Rules Committee hearing Monday evening.

Young, one of the creators of the first Fishery Conservation and Management Act of 1976, said he recognizes the successes this bill and subsequent reauthorizations have made over the years and that he, better than anyone, understands what else is needed to protect fish stocks while helping communities. “This legislation is dear to my heart,” Young said during the Rules Committee hearing.

Young also referred to recent lawmakers proposing changes to the bill as “Johnny-come-latelys” who don’t understand the fundamentals of the language that protects the stocks while balancing communities’ needs. The proposed bill was made with the suggestions from regional Councils and scientists, Young said.

Huffman countered that several provisions in the bill would roll back fish stock protections and the current language doesn’t prevent overfishing. He also noted that all previous bills reauthorizing the Fishery Conservation and Management Act were bipartisan; this one isn’t he said. It passed out of committee on party lines, Huffman added.

To that end, Huffman proposed four amendments, one considered a substitution for the entire bill. That particular amendment was not included in the committee’s final rule

By the end of the hearing, the Rules Committee passed a rule that included 11 of the 27 amendments — also along party lines. If that rule also passes the House, only those 11 amendments can be considered when H.R. 200 comes up for a floor vote again.

Those amendments, in order, include:

1. A revised manager’s amendment by Young and Rep. Garret Graves, R-La. It revises some sections and adds a new section regarding the Western Alaska Community Development Quota Program;

3. A provision for a voting representative from Rhode Island on the MAFMC (Reps. Jim Langevin and David Cicilline, D-RI);

6. Requiring the Comptroller General to report to Congress on the resource rent of Limited Access Privilege Programs in the Gulf of Mexico and South Atlantic Fishery Management Council areas (Rep. Garret Graves, R-La.);

8. A requirement for NOAA to conduct a study on all fees it charges the lobster industry and report those findings to Congress (Rep. Bruce Poliquin, R-Maine);

10. Directing the Secretary of Commerce to use funds collected from penalties and fines for monitoring, in addition to traditional enforcement activities (Rep. Keating); and

11. Rewarding the elimination of lionfish from US. waters by allowing individuals to exchange lionfish for tags authorizing fishing for certain species in addition to the number of such species otherwise authorized to be taken by such individuals (Rep. Matt Gaetz, R-Fla.)

The earliest the committee’s rule and H.R. 200, with the 11 amendments, is likely come up on the House floor for a vote is the week of July 11. However, it may be delayed again if appropriations bills are ready in the next week and a half.